Replacement of a document-based business process

Deutsche Bahn (German Rail) is one of the largest transport and logistics companies in the world. Its most important partner for ICT solutions is DB Systel. DB Systel employs 3,400 people who plan, develop and operate approximately 600 productive IT applications through- out the entire Deutsche Bahn group.

The central point of contact in all nature protection issues for Deutsche Bahn ignited the inception of the “specialized information system conservation and compensation” (FINK) in 2013. In order to account for the needs of many internal and external stakeholders, DB Systel consulted external experts. Berlin-based econauten, who specialize in requirements management in complex IT projects, began with the modeling of processes in BPMN 2.0.

The realization of the project with Camunda, integration of the portal solution Liferay and custom Java programming was taken on by the certified Camunda partner Ancud IT from Nuremberg.

“The aim of the project was to regularly provide reports on compensation obligations to the federal railway authority and other national authorities via one central IT system. In the past, this document-heavy process
was controlled manually. With FINK processing times should be shortened and a uniform group-wide approach, including compensation commitments, be established. The affected business processes exceed not only departmental boundaries, but involve employees of various Deutsche Bahn subsidiaries as well as external consultants.

Initially characterized as an innovation project, the requirements steadily evolved during development.

The team led by DB Systel, Ancud IT and econauten therefore opted for an agile approach. In Camunda we found a BPM engine that grows flexibly and can be easily customized by Java developers.”

“Even prior to the selection of IT components, we already documented the existing business processes with BPMN 2.0. Hosted by econauten the notation was quickly understandable for departments without an IT background and, as such, facilitated the adjustment of process details for those responsible.

The step towards executable process models was particularly easy with Camunda because more than any other Business Process Management System, Camunda consistently works with BPMN 2.0.
Henry Huebler, project manager at DB Systel

The step towards executable process models was particularly easy with Camunda because more than any other Business Process Management System, Camunda consistently works with BPMN 2.0.

Decisive for contracting Camunda was also the licensing model. Especially for small and medium-sized projects DB Systel is increasingly using Open Source. Not being dependent on a single vendor thanks to open software was rated as an additional advantage.”

“Tackling an innovative IT project using an agile approach, with a technology not yet established within the Deutsche Bahn group was not a given for DB Systel.

The project could only succeed through the excellent cooperation of all partners involved. The fact that Camunda supported the team with difficult decisions and was a competent aid contributed significantly to the success of the project.”

“During the pilot phase, we had already tested FINK with several thousand compensations and established the XML data exchange with the authorities.

The system is stable, making it ready for production. From 2016 onwards, it is the nationwide mandatory IT system of Deutsche Bahn for recording and documenting compensation obligations in nature conservation. Business departments are increasingly recognizing the potential of this flexible, process-based solution in their operations. With Camunda at its core, FINK will therefore continue to grow in the coming years.” 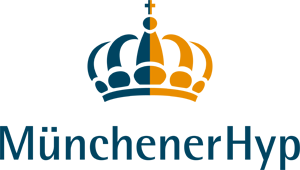 Münchener Hypothekenbank eG updated its process engine with Camunda and developed a central task list to manage manual tasks. The result? Shorter reaction times and happy staff whose work is a pleasure with the new system.
See more

R+V Versicherung AG has redesigned its BPM architecture with Camunda and is now able to develop, update and operate its process applications locally. This increased agility means new requirements can be responded to more quickly and can immediately contribute to the company’s success.
See more