Another big thing is the Camunda BPMN model API to parse, create and edit BPMN 2.0 XML files. The BPMN model API has been implemented by Sebastian and the repository is accessible since today! A separate blog post is followed in short.

We had a lot of discussions about how to provide the possibility for an activity to cancel a scope or be executed concurrently to activities in the same scope as native PVM Atomic Operations. In the course of the discussion we drew a lot of graphs for different cases (ie. interrupting and non-interrupting boundary events and interrupting and non-interrupting event sub processes) and discussed how the graphs should be transformed to support the behavior native. As a result we drew some “nice” ASCII pictures in the source code to describe how the source graph should be transformed to achieve the desired behavior. Define your own view in cockpit

It is now possible to define your own views on process definitions and process instances in cockpit. 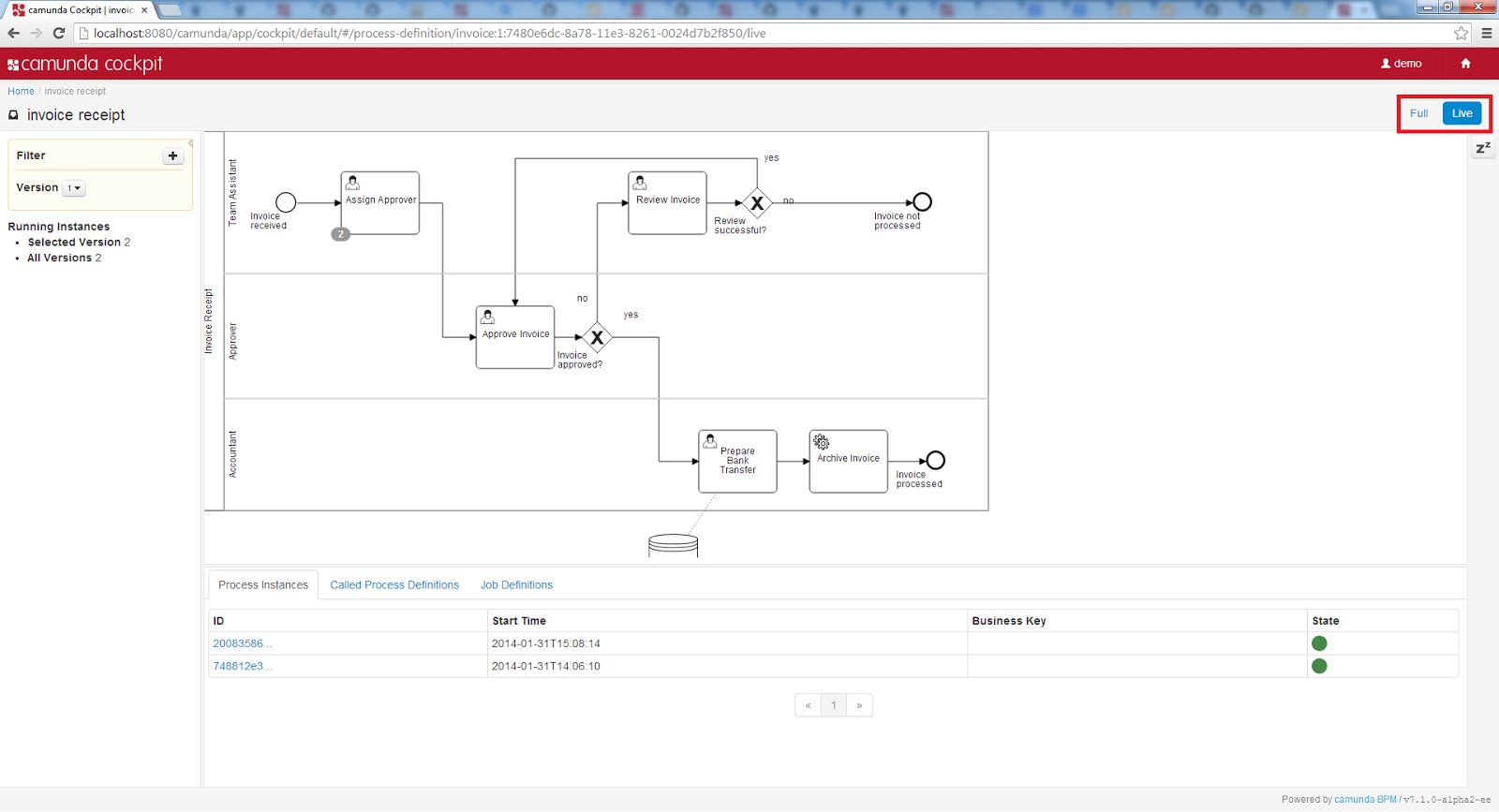 We used this new mechanism to implement an enterprise plugin containing a view which is based on historic process data, that includes finished process instances too. Learn here how to develop a cockpit plugin and implement your own view.

The following weeks we will continue the work on the following topics: standalone eclipse modeler, monitoring of processes based on historic data in cockpit, non-interrupting message event subprocesses, audit trail of task etc. In three or four weeks we will release the next alpha version of Camunda BPM 7.1.
Until then try and test the current release of Camunda BPM and give us feedback!
We are hiring!