We are excited to announce the Camunda Modeler v3.0.0 major release. It comes with improved error recovery, extensibility, and better modeling experience in comparison to the v2.x series. In addition to that, it incorporates numerous bug fixes.

Download the all-new app and start modeling right away.

More than four months ago we set out to re-build the Camunda Modeler on an entirely new architecture, improving maintainability and paving the path for future extensions. We did so successfully and incorporated numerous improvements and bug fixes on the way. Let us have a look at some of the new features shipped with this release.

We introduced the deployment tool in version 1.12.0. It allows you to deploy your diagrams directly from Camunda Modeler. This version of the app ships with an all-new deploy dialog, rebuilt from scratch with improved UX, error reporting, support for authentication, and more. We improved the display and navigation in our DMN editor. With this release, you can inspect and quickly navigate all diagrams in a DMN file via the diagram content tabs. Would you like to share an improvement idea or file a bug report? Use the newly added Report Issue entry in the apps help menu to connect to us right from within the app. 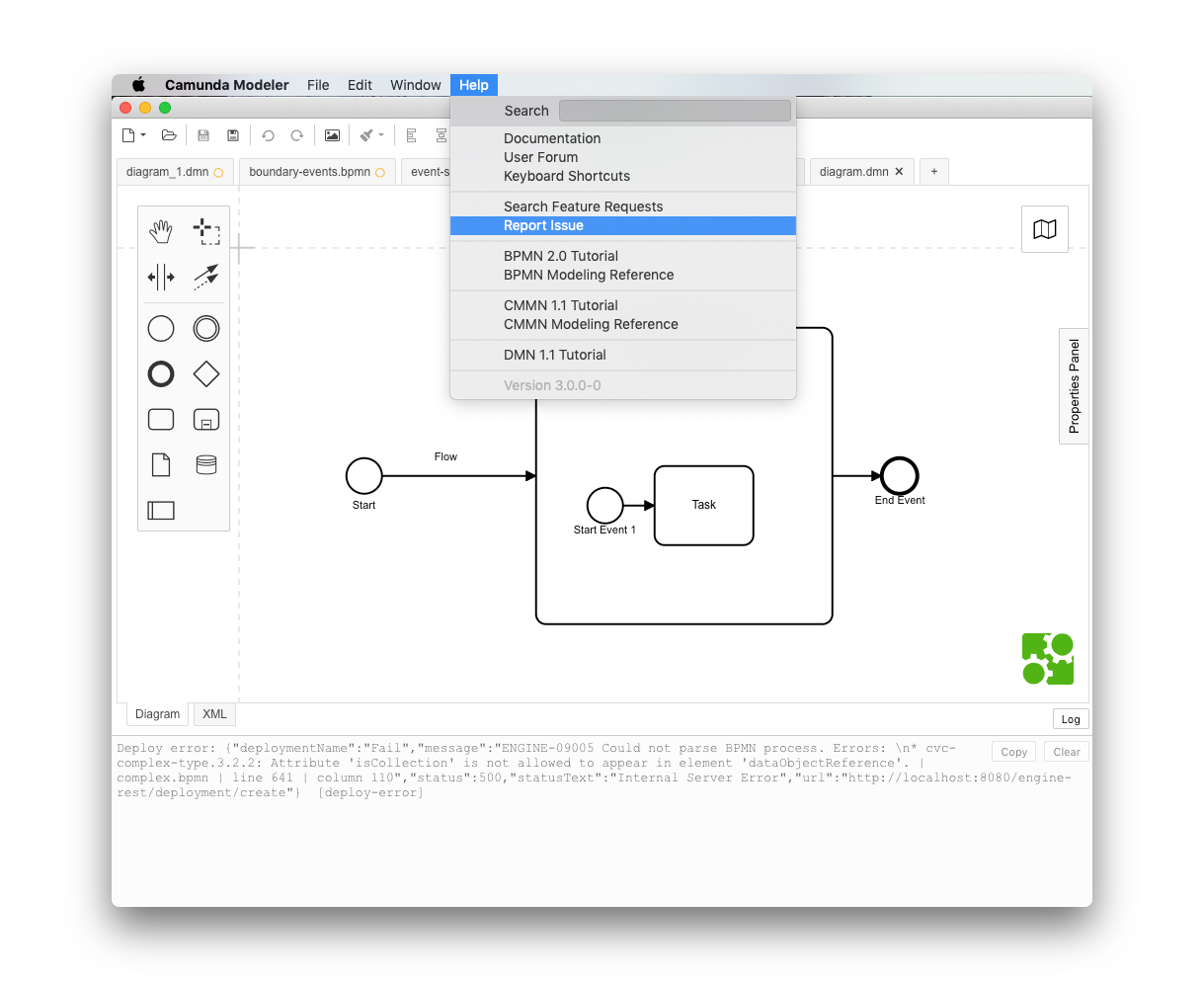 The app now ships with a BPMN-only mode. Disable DMN and CMMN via flags and end up with a clean BPMN-only desktop modeler. The app now shows appropriate feedback when a user drops a file onto it. 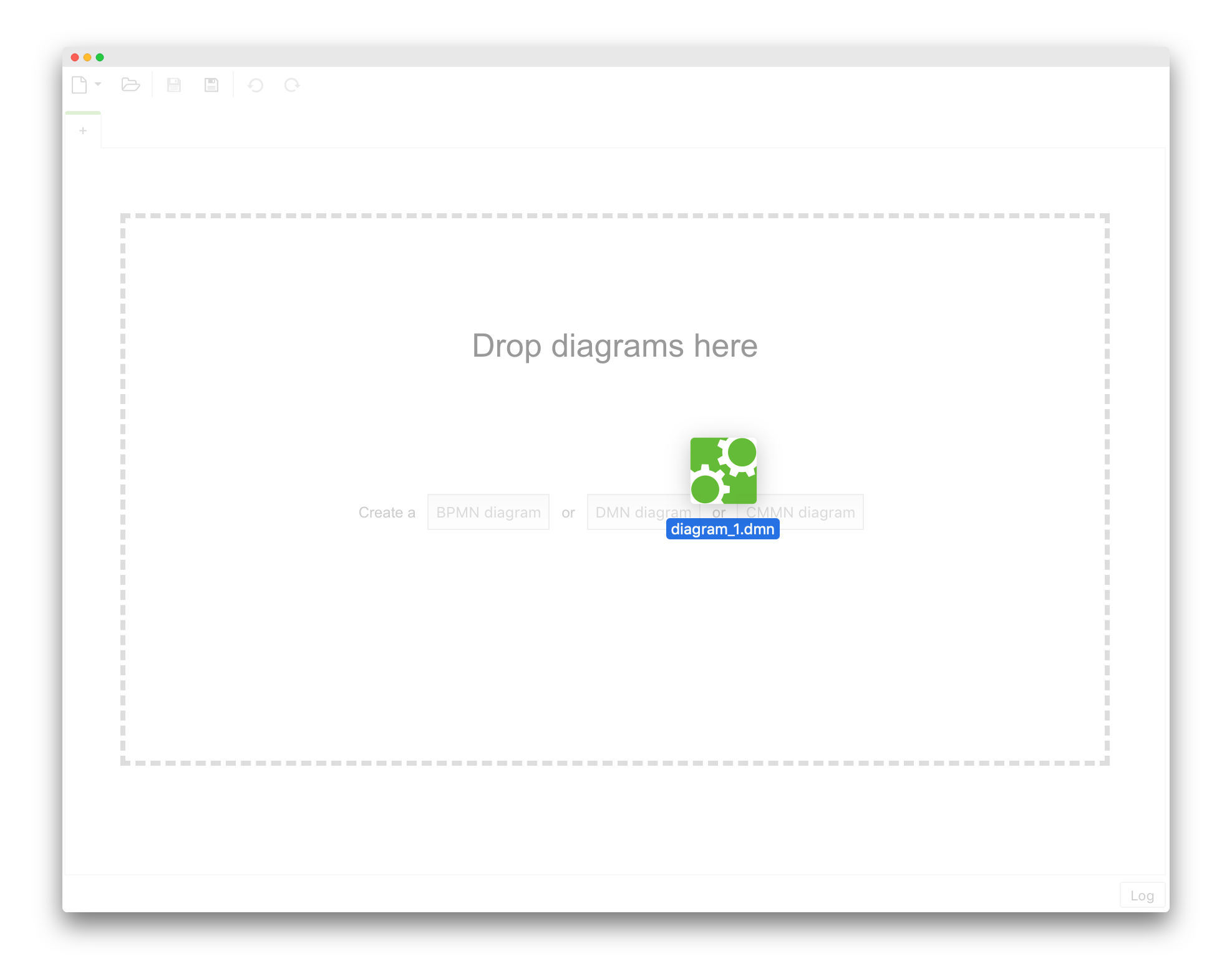 Plug-ins are a way to extend the app with custom features. The new release ships with numerous improvements that aim to make it easier and more reliable to write and consume them.

Most notably, the app now detects the presence of plug-ins and gives you the ability to re-start without plug-ins to debug if specific problems are plug-in related.

The improvements include potential breaking changes that may affect the usage of plug-ins. One example is, that the plug-in directories are not scanned for plug-ins recursively anymore.

Wonder what kind of plugins you can integrate into the Camunda Modeler? Check out the camunda-modeler-plugins repository for some examples. Head to the plugins documentation to learn how to roll your first plug-in.

The modeler now shows you the full path to a diagram when you hover a diagram tab. No more confusion where to find a diagram on disk! 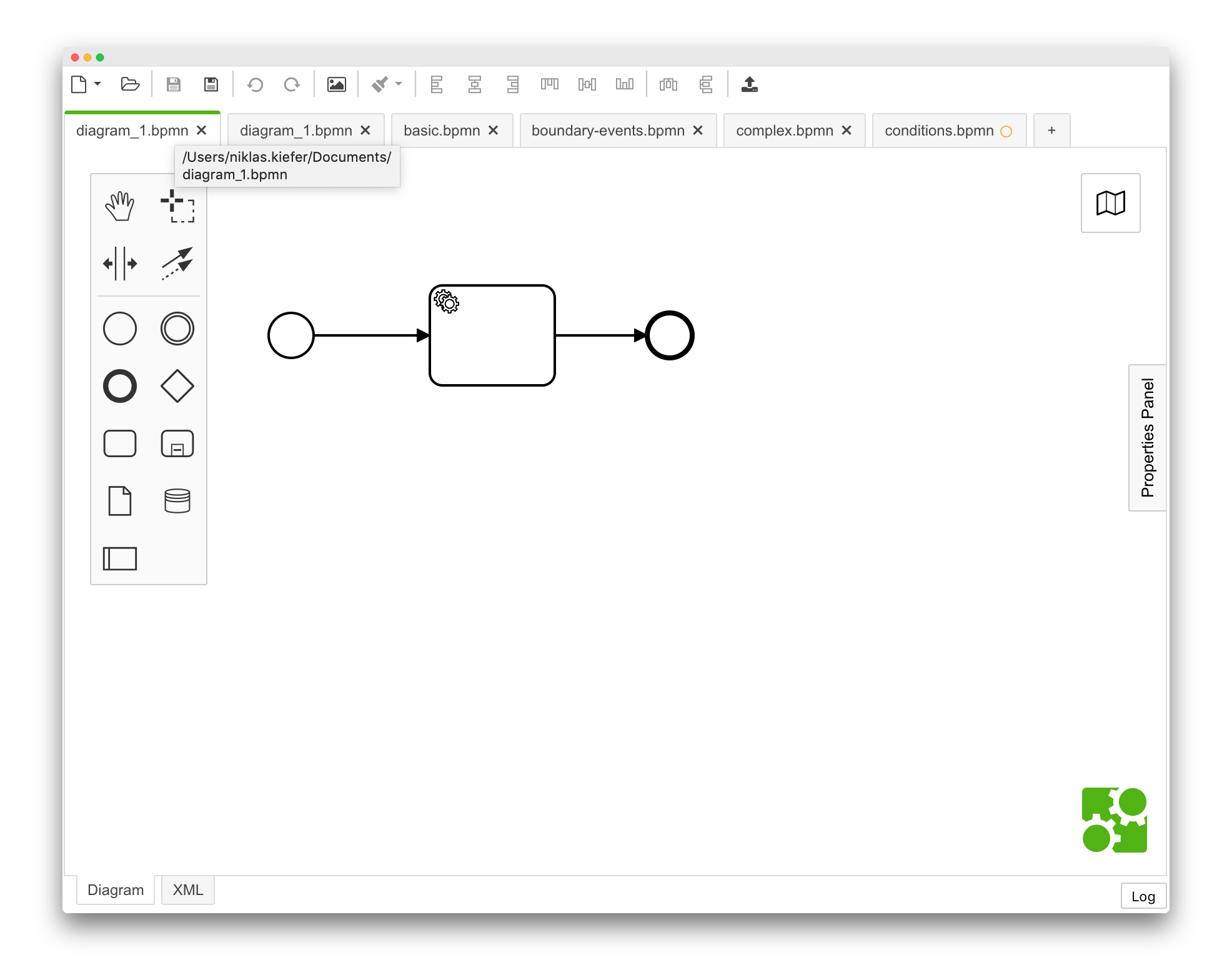 Starting with this release, the modeler prevents the export of negative diagram coordinates by automatically aligning diagrams to the coordinate origin. This change renders the diagram origin cross as well as the Move to Origin action obsolete. Subsequently, both have got removed from all editors.

The new behavior better aligns the tool with the relevant diagram interchange specifications. It results in improved compatibility with other modeling tools, too, as most have trouble dealing with negative diagram coordinates.

On the flip side, this feature is likely to introduce additional noise when merging diagrams using standard text-based DIFF tools. We want to hear your feedback regarding this change. Please share it in our forum.

We updated our documentation, clarifying the app’s supported environments. Quoting the documentation directly:

As mentioned in the statement above it has been reported to run on many other operating systems, especially different variants of Linux, too. We support these alternative environments on a best-effort basis.

Read our previous posts on v3.x features or consult the changelog to learn about all features and bug fixes that made it into this release. Also, recognize the potential breaking changes that may affect the usage of plug-ins.

This release completes the port of the app to an entirely new architecture. It incorporates many bug fixes and improvements, too. Download the new modeler, give it a try, and, most importantly, give us feedback.

Did we miss anything? Did you spot a bug or would you like to suggest an improvement? Reach out to us via our forums, tweet us @Camunda or file issues you found in the Camunda Modeler issue tracker.